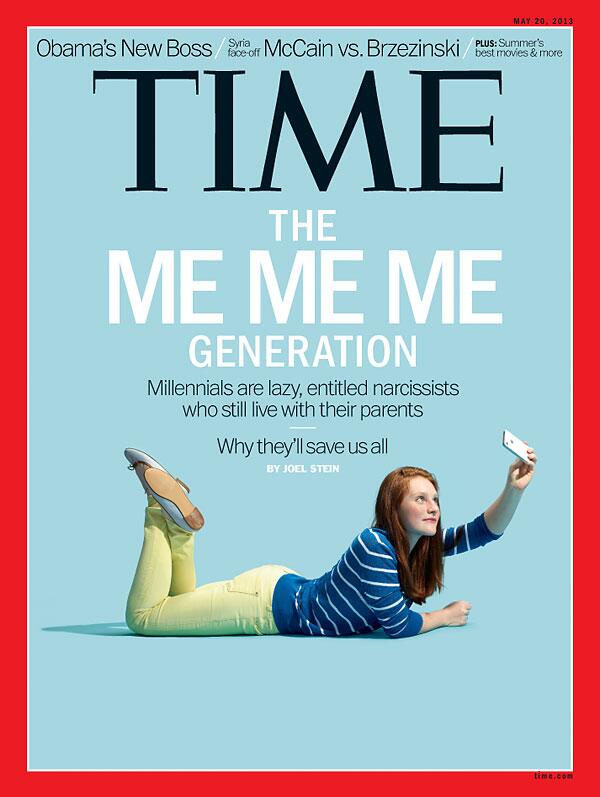 During the keynote address at the American Society for Training and Development (ASTD) International Conference and Exposition a few weeks ago, president Tony Bingham talked about the Millennial generation and how we need to plan for training them in the workplace. He said they’re known as the “trophy generation” (growing up, everyone got a trophy for trying). He also noted they had made the cover of Time Magazine, saying:

“Millennials expect to be promoted every two years.”

The cover of the magazine even calls Millennials the, “me me me generation,” adding they are, “lazy, entitled narcissists who still live with their parents.” Harsh, especially since that doesn’t remotely describe the Millennials I know, including my two adult children and a handful of others I know professionally.

It’s might be fair to say they would be influenced by their attitude-forming life experiences, many of which are included in the Beloit College Mindset List. I looked at the list for the class of 2010 and selected these three related to use of technology, which is where I see a significant tie to training in the workplace:

How exactly are they so different? Google may not have always been a verb in my lifetime, but I Google with the best of them. I text a lot (although I prefer Skype, IM, and Twitter, and my kids often ask my advice when it comes to social media).  I’m wireless. I’m always connected. To me, it’s a way of life and a way to work and learn.

But wait a second, I’m a baby boomer, albeit on the younger end. I was among those few whose birth years were never required to register for the armed services draft in the United States. I was too young to have been at Woodstock but old enough to have long hair in high school. But man, my generation was “it” back in the day. It was all about us. Consider the lyrics of, “My Generation” by The Who:

In 1965 when the song was released, “they” were the establishment, the man, authority, those in power. They were oppressive and didn’t recognize our importance. They didn’t value us, and we weren’t getting what we wanted. We were angry. We, we, we. Sound familiar?

My generation now sees “them” as stereotypically hard-working people who built much of the infrastructure we all take for granted. In 1990, Tom Brokaw dubbed them, “The Greatest Generation.” They went from being oppressive to greatest in twenty-five years.

“We” are now in “their” shoes and the new focus is on Millennials. The wireless ones. The always connected ones. But as I said, those aren’t generational characteristics.  That’s simply where technology has taken us.

We don’t need to figure out how to train Millennials in the workplace. They’re not that different from others except they’re younger. We were all young once too, and like us they will grow into more and more responsible positions in the workplace.

What we do need to do is intelligently integrate technology, especially mobile and social, into workplace learning for everyone. We need to leverage Google (among others) and embrace informal learning as ways to improve workplace performance. We need to stop talking about it and just do it. It’s got nothing to do with meeting the needs of a new generation entering the workforce and everything to do with meeting the demands of today’s workplace and the ever-increasing pace of information flow.

This work by http://tom.spiglanin.com is licensed under a Creative Commons Attribution-NonCommercial-ShareAlike 4.0 International License.
Based on a work at tom.spiglanin.com.

This site uses Akismet to reduce spam. Learn how your comment data is processed.